“Relive 200 Years of History…” is an intro used in many of the ads we [Fort Smith Convention & Visitors Bureau] place in regional and national publications. We invite tourists to, “walk along the Trail of Tears,” and, “retrace the steps of Judge Parker’s Deputy U.S. Marshals and the infamous outlaws they brought to justice.” And we impress upon them that this is where True Grit happened—the original gateway to The Wild West. As far as the local tourism and hospitality industry goes, the future relies greatly on the preservation of our past. Over the last 200 years, that is exactly what the people of Fort Smith, Arkansas, have been doing. In fact, these efforts have resulted in Fort Smith being designated as the, “#1 True Western Town,” by True West Magazine in 2013, and the only city to remain on the Top 10 list every year since. One organization in particular that has helped make that possible is the Lawbreakers & Peacemakers reenactment group and our final Hometown Hospitality Hero—or better, heroes—whose achievements will have been recognized at our 2017 Giving Recognition In Tourism (GRIT) Awards by the time this blog is posted.

If you find yourself exploring the historic avenues of downtown Fort Smith and its many shops, eateries and attractions, you should expect a high likelihood of crossing paths with individuals in rather unique attire. Relax, you’re not seeing ghosts—though it wouldn’t be too surprising—of Fort Smith’s Wild West past but rather members of the Lawbreakers & Peacemakers reenactment group.

The group was formed in the late 90’s based on a shared desire to promote Fort Smith’s raucous past through Western Heritage reenactments. Nearly two decades later, the Lawbreakers and Peacemakers have become a Fort Smith fixture and continue to provide family-friendly entertainment to locals and visitors alike.

In fact, the group just recently finished construction of a new Fort Smith attraction, “Judgement Town,” where onlookers can experience all of the gun-slinging action of an Old West settlement just across from the site of the first Fort Smith, the Trail of Tears, and the Federal Court where “Hanging Judge” Isaac C. Parker and his Deputy U.S. Marshals served justice to some of the most infamous outlaws in U.S. History; known today as the grounds of the Fort Smith National Historic Site.

With 50 members and counting, the group is never short on men, women and even children who all work together to provide the community with a unique and immersive outdoor theatre experience. It is because of groups like the Lawbreakers & Peacemakers that we are even able to make the claim that Fort Smith is a destination where visitors can relive history; where they can experience what makes this a True Western Town. 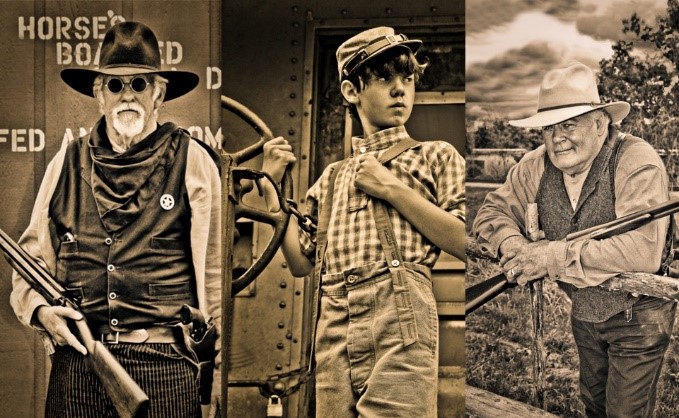 So, we at the Fort Smith Convention and Visitors Bureau offer our sincere thanks to the Lawbreakers and Peacemakers for dedicating themselves to keeping our local heritage alive and on display for all to see. We look forward to seeing what the future has in store for the group and to the live action displays of Western Heritage they’ll perform at Judgement Town.

Error: Twitter did not respond. Please wait a few minutes and refresh this page.